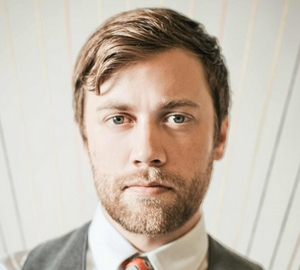 The artistry of Brooks Ritter is a seamless garment. An indivisible blend of voice, musicianship and songwriting that is capable of communicating the wide range of human emotion and illuminating our hopeful, fallen, love-sick, grasping condition.

His lyrics are insightful and honest, his music displays the rare kind of versatility that makes you think and makes you move, and his voice is an instrument capable of subtle nuance and supple power that glides effortlessly through the realms of rock, folk and soul.

Brooks sings on several Sojourn Music albums, and has put out two solo albums- The Horse Fell Lame and Gather Round. He is the Worship Pastor at the Sojourn Midtown campus.

He is married to Lauren Ritter, and have two boys Samuel and John Brooks. They live in the Shelby Park neighborhood of Louisville KY.